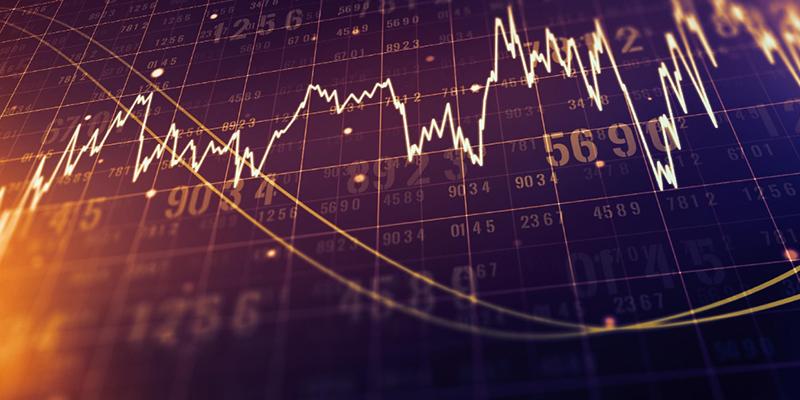 Inflation is the rising of prices and a decrease in the value of money. It can be caused by an imbalance between supply and demand or if people hoard their money rather than spend it. The U.S. economy has experienced a lot of inflation since the 1800s, making it harder for people to save and grow wealth.

One of the many consequences of rising inflation is a drop in conference attendance. With current inflation rates at their highest level since 2011, this phenomenon appears to be happening on a larger scale than ever before. In this blog post, you’ll learn about some of the direct impacts that inflation has on conferences and how you can mitigate the impact.


How does rising inflation impact conferences?

Rising inflation impacts conferences in a variety of ways. Some of the ways that inflation impacts conferences are the rising cost of travel, housing, and even food. With hotels, airlines, and conference venues asking for significantly more money than they did six months ago, these conferences will likely experience lower attendance numbers because of the increased expenses. It also affects events because people have less disposable income to attend and plan on what they want to do outside of them, impacting the event itself. Lastly, since higher inflation is typically accompanied by lower GDP growth, it can affect the quality or quantity of meetings.

Rising inflation also affects conferences in more intangible ways. Sometimes, people do not feel comfortable spending money on events when they know that their money is only worth a little bit of it. This is where the idea of “parity pricing” comes into play. When a specific price for something has been set, companies should ensure that goods and services have parity between themselves and competitors. If everyone is selling a product for the same price, then it does not matter what the competitors sell theirs for, it will always be worth the same. An example of parity pricing would be if a company set a price of $200 for their product and another company sold the same thing for $150. The salesperson from the first company would have to think about how to justify spending so much more money on something that only appears to cost half as much as what his competitor is charging.

The other form of parity pricing is when all costs are considered; then, some expenses may seem worth more than others. An example of this would be if a conference planner received $50,000 for his work and he could earn an additional $10,000 from selling another product after his clients have attended the conference. This amount of money does not seem like a lot, but the planner may think that it is worth 10% of his salary for the last year.

The effect of rising inflation on the costs of guest speakers

Due to the recent rise in inflation, guest speakers and other major event vendors are becoming more expensive. This means that conferences are having difficulty attracting top speakers, who are likely not willing to decrease their pay given the ongoing inflation. In response to this increase, conferences have started offering more money to compensate for speaker expenses. This can lead to high prices for the conference attendees and smaller crowds than expected during events.

As inflation rises, the cost of travel increases. This has a negative impact on conferences and meetings because it is harder to hold them. When people are traveling, they are generally less productive because they need to spend extra time getting from one area to another. The price of flights, hotels, and other travel options rise gradually over time due to factors such as fuel prices and currency exchange rates.

Rising housing costs are affecting small and mid-sized conferences too. Smaller conferences that have a low relative attendance and are unable to attract major sponsors will have a more difficult time growing and maintaining their annual attendance. Conference leaders should take into consideration the rising cost of housing when planning their conference, in addition to the rising prices of travel, food, and entertainment.

The 2022 Conference Management Association (CMA) U.S. Housing Survey indicates that the average cost of housing for a business-to-business conference is $9,682 with an additional $1,000 being spent on food and entertainment. This may make hosting a one day event difficult to justify.

The effect of rising inflation on event venues

The effects that rising inflation has on conferences are many and varied. It is not just the cost of the hotels and catering services. Conference venues have also had to raise their prices to keep up with inflation. One example is a conference that has been in place for years that has experienced inflation slowly rise. By the time it’s reached the point where it’s no longer affordable, it might not be feasible to host an event at its original location. Another example is a new conference that had only ever taken place at one or two locations before suddenly experiencing inflation and finding a new venue to host their events. The upshot is that if you’re hosting an event in 2022, you’ll have more challenges than ever before with regards to finding a space large enough and affordable enough.

How do you combat rising inflation to keep costs for your events down?

One way to combat rising inflation is by planning in advance. It’s important to plan now so that your events are affordable throughout the years. When you plan, be sure to consider the cost of materials and labor and any other expenses that may come up. You can also add interest rates, to account for inflation.

Conference organizers should take steps to cover the rising costs when planning their conferences by choosing alternative lodging options or using more innovative ways to keep costs down such as:

• Using alternative lodging options, such as reserving rooms at a local hotel or apartment

• Displaying prices with both room rates and transportation included

Rising inflation impacts conferences when a conference organizer has to find ways to reduce costs. One way is to switch the conference location, which can be difficult because of the logistics involved. However, many conferences are switching to virtual-only conferences. This is cost-effective for organizers and attendees who don’t have to worry about traveling or staying in hotels.

This higher inflation rate has become a significant risk for many academic conferences that have taken place throughout the year. These events rely on their affiliated universities to provide discounted rates for transportation, food, and lodging while they are taking place.

During recent years, exponential growth in conference attendance has been a constant factor in the industry. Inflation has also risen, increasing prices and making it challenging to manage inflation’s effect on conference revenue. It was easy to offset cost increases by increasing ticket prices or food offerings in the past because these things are predictable. However, with rising inflation, these methods aren’t as reliable as they used to be. There have been many cases where this led to conferences losing money and cutting staff or closing locations, which means more time for attendees trying to find alternatives.

Conference organizers try to maximize their revenue during inflation years. They do this by increasing the amount of money they charge attendees. While this works well in the short-term, it isn’t sustainable over the long term. Suppose an organization increases prices during an inflation year. They’ll have to reduce them when there is a decrease because attendees won’t pay as much. This can create a cascading effect of decreasing conference revenue and ultimately putting conference organizers out of business by the end of the decade.

Even if they aren’t making money from ticket sales, conferences do sometimes make money from sponsorships or donations. Although these might not be as lucrative as ticket sales and advertising, these sources of revenue will help keep conferences going over the long term.

The problem with inflation is that it’s the ultimate tax on savings. If you have a dollar in your savings account, you’ll see less buying power as time goes on. Periodically, when inflation rises and the buying power of your dollar falls, conferences will have to be more expensive because they won’t be able to offer as many tickets for sale.

All in One Event Management Platform for University Events Know more