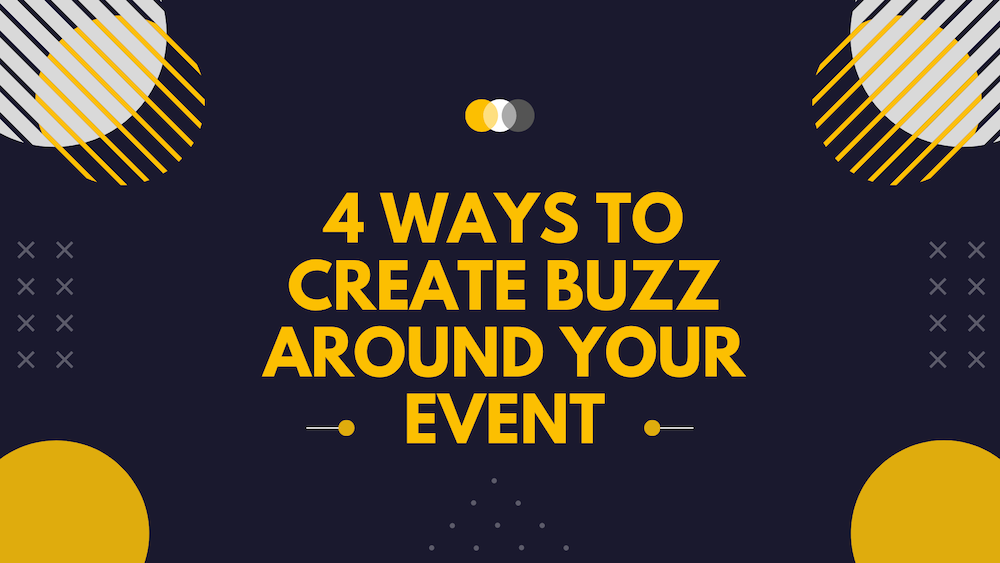 The best events are the ones that create a buzz long before they happen. The reason we know this is because of how much we love our favorite festivals, conferences and industry events. Whether it's the incredible programming or just the chance to be surrounded by like-minded people, these occasions become something you look forward to months in advance. People talk about them at work, they plan time off around them, and they even try to get into a special event simply because everyone else will be there too (and it'll make for some great Instagram stories).

The best way to start a buzz around your event is by building hype and excitement long before it even happens. Don’t wait until the last minute, or you’ll end up with only one big push when all of your marketing efforts are concentrated on one day, instead of spreading them out over months of promotion. This means that you need to start promoting at least 6 months before the event takes place, if not earlier than that (and we recommend doing this even if it seems like an eternity away).

Use the success of other similar events to your advantage

You can use the success of other similar events to your advantage. The more buzz an event generates, the more likely it is to attract attendees and sponsors, which in turn generates even more buzz. That's why you should pay attention to what other people are doing and then follow suit if necessary.

Create a hashtag for your event on social media

A hashtag is a word or phrase preceded by the hash symbol #. Hashtags are used on social media websites to organize posts, find content related to one topic, and follow conversations about a specific event.

When creating a hashtag for your event, think of something that will be easy for people to remember. This could be a reference to an aspect of your organization or even something silly that is unique to you (e.g., “#FOMO”). You also want it to be easy for participants and attendees alike to spell correctly so they can use it in their posts without having trouble remembering how it’s spelled or typing it incorrectly.

The last thing you want is for someone else who hasn’t been invited yet but still wants in on the fun..

Have an attention-grabbing name for your event

It's important to have an attention-grabbing name for your event. Think of the South By Southwest music festival, or Coachella. The name should be easily remembered, easy to pronounce and spell, and fun to say aloud.

It's not enough to just put on a great event. Event organizers should promote their events as much as possible before they happen.

If you're looking for ways to get people interested in your brand, hosting an event is one of the most effective methods. By creating buzz around an upcoming event and promoting it online, via social media, through print advertising or by word-of-mouth promotion from attendees who've attended similar events before – you can build excitement and anticipation among attendees who will be attending soon!

All in One Event Management Platform for University Events Know more